How accountable are you?
take the quiz and find out
Home » Seven Effective Leadership Quotes To Live By 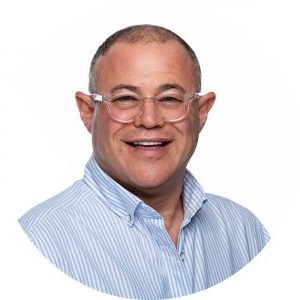 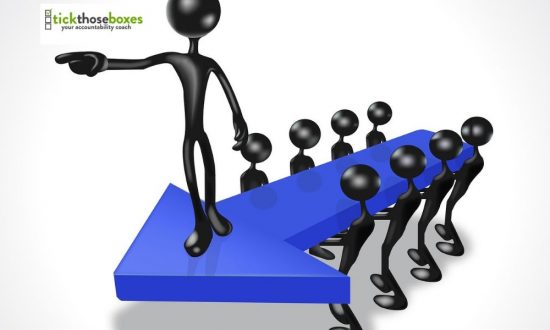 Mahatma Gandhi, Nelson Mandela, Abraham Lincoln, Martin Luther King. People like this are the epitome of effective leadership and some of the greatest leaders who became world-class influencers.

These are the people we often turn to when we need some nuggets of brilliance when it comes to successful leadership.

Although they are gone, their words of wisdom on effective leadership continuously inspire, motivate, and touch other people’s lives.

Anyone Can Become an Effective Leader

You just need a strong drive to develop and improve yourself in leading others.

Yes, being a leader is a big responsibility. You are responsible for organizing and inspiring other people to work hard to meet the team’s goal.

If you have no idea how to become an effective team leader, perhaps getting some inspiration from best-known leaders’ can help you shape your leadership skills and qualities:

“A leader is best when people barely know he exists when his work is done, his aim fulfilled, they will say: we did it ourselves.” — Lao Tzu

Empowerment is an important factor in leadership. Every member of the team should be empowered.

It’s the leader’s responsibility to create a culture that instils good attitude, motivates team members, and encourages self-reliance in the organization.

Once you’ve achieved this, your team members will demonstrate initiative and do their work without being micro-managed.

Let your team members function on their own and only offer help when needed. As a leader, keep motivating your team members and bring out their full potential in their work by giving them constructive feedback.

If you practice what Lao Tzu advised, you will have an empowered, happier, more productive, and more independent team.

Need expert advice for your business? Check out my package offers here: https://tickthoseboxes.com.au/working-with-me

“The price of greatness is responsibility.” — Winston Churchill

An effective leader sets an example for others. As a leader, you must be accountable for all your actions.

To be in a leadership position is not merely a job that you have to do. You are a leader because of how much is required of you.

Leading by example is the best way to lead others, yet it is far too often overlooked. As future great leaders, learn from being a good example. Provide clear and concrete actions for your followers to emulate.

“If your actions inspire others to dream more, learn more, do more and become more, you are a leader.“— John Quincy Adams

This quotation clearly shows the essence of true leadership. Good leaders became great leaders because of their actions. Their action determines how they influence their followers.

In order to make your people motivated to be their best, you must provide inspiration.

The power of a leader doesn’t come from authority or control over everything, it comes from being inspirational.

Effective leaders are known for being “visionaries”. They are comfortable exploring the unknown, thinking of what the future will become rather than being content with things they see now or be troubled about things in the past.

To become a visionary leader, you must think about the opportunities of tomorrow and not focus on the problems of the past.

Be a long-term thinker when it comes to making decisions. Consider how your decisions now will affect your organization’s future.

Cultivate your characteristics of being a visionary leader. It will help you to become an excellent leader and it will also inspire your team to work towards success.

Don’t Be a Boss

“People ask the difference between a leader and a boss. The leader leads, and the boss drives.” — President Theodore Roosevelt

A leader and a boss are two different terms with two different roles. A leader inspires his people while the boss drives his employees.

The main aim of the boss is to make a profit while a leader thinks first about his people.

If you choose to become a good leader, then you must act like a true leader.

Inspire your team to work well, not force them to do what you want them to do. Teach them the importance of “We”.

“It is better to lead from behind and to put others in front, especially when you celebrate victory when nice things occur. You take the front line when there is danger. Then people will appreciate your leadership.” — Nelson Mandela

Leading from behind doesn’t mean you are abandoning your responsibility to lead. This quote talks about innovation. As a leader, you should become an innovator.

Do not let your organization stagnate, instead ensure that the team is willing to innovate.

Allow your members to get involved, let their voices be heard, and do something larger than themselves in achieving the team’s goals.

Leadership is not only about the person who leads in front, but rather it is about the concept of allowing others to step up and take the lead.

“See the good in people and help them.” — Mahatma Gandhi

Leadership is not about the blame game or who is the best and who is not. If your team members fail to do their work properly, do not scold, yell, or blame. Effective leaders focus on the good.

If you want to have a pleasant and positive relationship with your team, you must treat them with respect and they would do the same.

Help them to improve by letting them know that you have faith in their abilities.

Which Leadership Quotes Do You Live By?

Subscribe and each week I’ll share with you my Accountability Tips that people choose to make part of their everyday life.

If you need help with your business, I work with entrepreneurial business owners, executives and their teams to ensure full accountability so they can meet obligations, promises and commitments made to others and themselves. My name is Darren Finkelstein, Business Coach, Advisor and Presenter.

For more info reach out to us at questions@tickthoseboxes.com.au

Darren Finkelstein is The Accountability Guy®. This involves being an International Accountability Coach, Business Advisor, Mentor, Author, and Speaker.

Darren works with high-performing teams and individuals across Australia/NZ, UK, USA, Latin America, Europe and Asia to help get results, achieve their wildest dreams, and smash goals. He does this by leveraging over 30 years of experience working in the corporate world and small businesses.

A successful business owner himself, Darren won the Australian Entrepreneur of the Year award for Dent Global after building a wonderful lifestyle business, successfully sold and exited after 15 years.

Before this, Darren worked for over 10 years at Apple Inc. as ‘Manager of Commercial Markets’ during the inspirational Steve Jobs era. While there, he was awarded the prestigious Golden Apple Award.

Darren’s lessons in accountability can help individuals and teams at all levels of a business or organisation across the globe, and are based on actions and results:

Know what to do first

know what to do next

know what to do more of

How can The Accountability Guy® help you?

Whenever you and/or your team are ready, here are four ways to become more accountable...

How accountable are you? Discover your accountability score and increase the probability of smashing your goals and Getting Sh!t Done!. Take the quiz

Eliminate procrastination and overwhelm, and start playing your best game.
Buy a copy

For high-performing goal-kickers who want to achieve even more success in work and in life. Enrol now and become accountable in a matter of hours. Enrol now

Start delivering on your promises and get your team to do the same. Book here.

For more information on all my coaching programs, click here.

Are you a high-performing entrepreneur who wants to achieve more? Mastering accountability is your superpower! 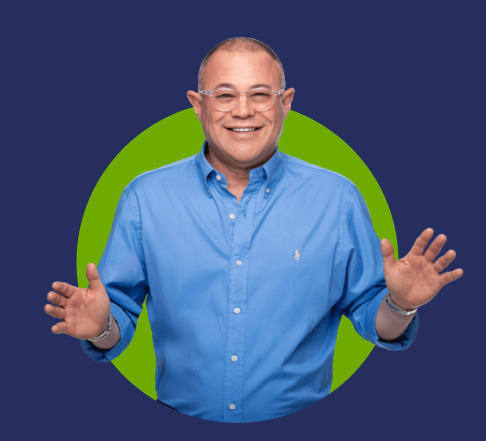 Take the next step in becoming more accountable

"You can't buy happiness, but Getting Stuff Done is pretty much the same thing"